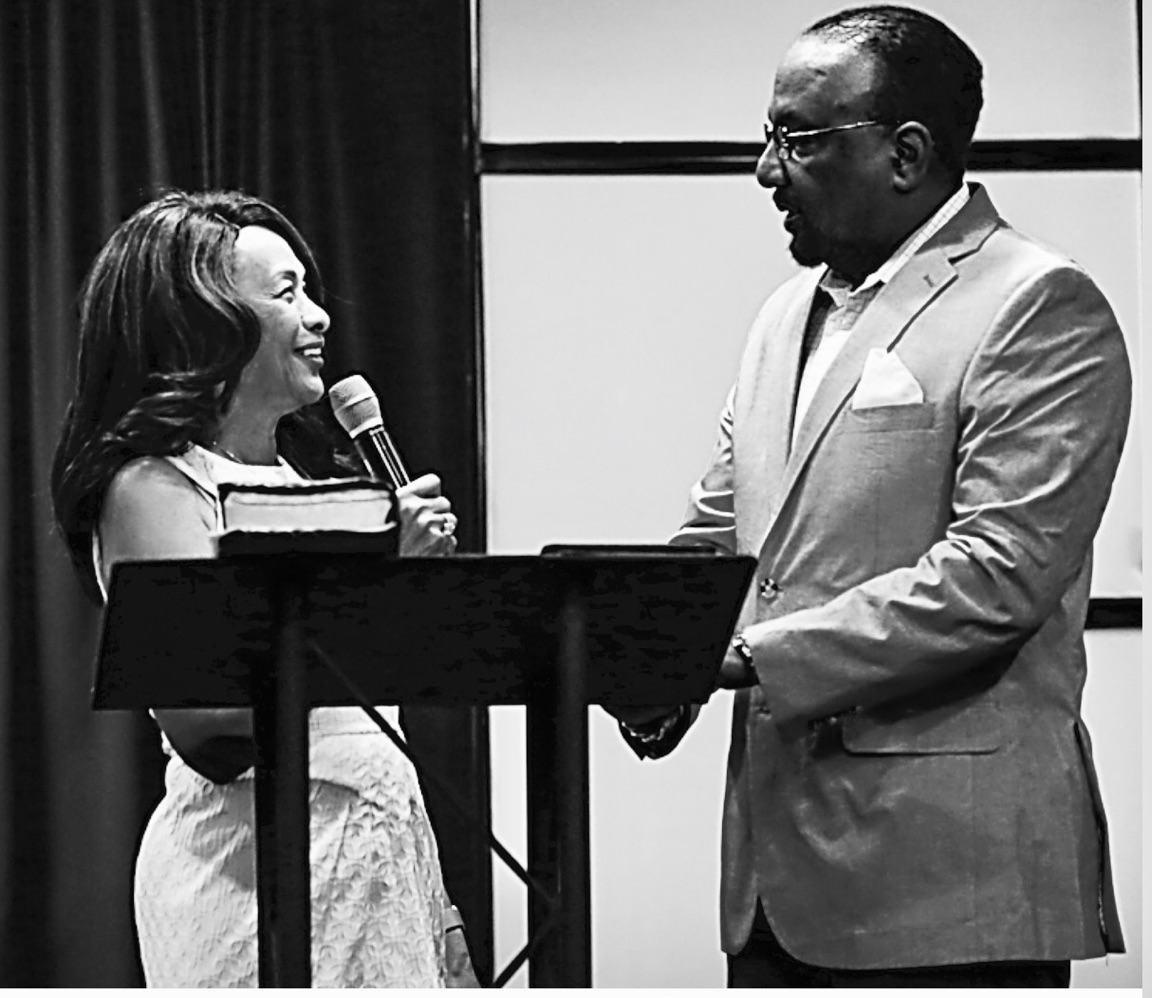 E.B. and Rosa Herman are pastors and founders of Harvest Family Church, a non-denominational ministry located in Fayetteville, North Carolina. As a dynamic pastoral team, they teach God's word with compassion while making it easy to understand.  For more than 20 years they have taught the truth of God's Word while establishing a teaching environment that ministers to the needs of all age groups.  They have established a Preschool, Academy and Bible Insitute to ensure God's Word is not only taught but practiced in the lives of each believer.  The ministry has grown in membership from 20 at the initial launch in 1993 to over 2000, making Harvest one of the most influential outreach ministries in the eastern region of North Carolina.

The Herman’s have a mandate from God to cover the world with the message of Jesus Christ. They strongly believe that it’s the season for believers of every nation to encounter God so they can have the power of God, and His favor operating in their lives. The Herman’s are called as a couple to restore relationships in families and marriages. They stand together in unity to heal marriages and families according to the Word of God. Many families and marriages have been healed and restored while under the teaching ministry of Harvest Family Church.

E.B. & Rosa Herman are not only called to be pastors of Harvest Family Church but also to assist other pastors and leaders in fulfilling their call. For this reason, they have established Covenant Ministerial Fellowship which is designed to encourage and assist Pastors with their ministry.  This is done through various networking and annual meetings.  Missions is also an integral part of Harvest.  For several years Harvest has supported missions in Nicaragua which helps to educate, clothe and provide shelter for severely underprivileged children.  Pastor Herman has ministered abroad in Pastoral Training Schools in third world countries such as Pakistan, Sudan, China, Africa, Singapore, Australia, and Siberia.

Both Pastors are available to minister at conferences for men and women and are always excited to share the good news of Jesus Christ.  If you are interested in having them at your next event please click here to submit an online speaking request form.